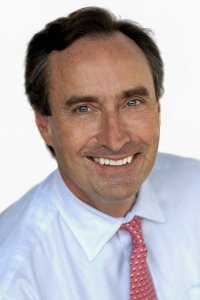 Politics are neither my vocation or aspiration. I write because I care, and I desperately seek the restoration of a United States that provides an opportunity for my children to know that if they work hard, they can enjoy an even better life than the one which I have truly relished.

Every human has defining moments which guide and direct the steps taken thereafter. One such moment for me was 9/11. As can be seen from the interviews posted on this site, 9/11 changed my life and priorities. I realized:

—we were engaged in a war that will likely never end, and

—the destruction of those towers in southern Manhattan would change not only my life, but my childrens’, in ways neither I nor they could even imagine.

The next defining moment for me was 2008; the culmination and combination of bad politics, lack of fiscal restraint, and investment banking on steroids, like so many free range chickens, all coming home to roost.

Even as President Obama emerged as the imminent winner of the 2008 election, the blame game was in full stride. The Obama, Reid, Pelosi machine was not going to allow the democrats to accept one iota of blame for our economic woes. The altogether too compliant mainstream media was very happy to indulge them in this fantasy.

The straw that broke my back of incredulity was when Congressman Barney Frank, who for years insisted that all was well with Fannie May, Freddie Mac, and the US mortgage banking world, was given a free pass in the aftermath of our collapse.

I simmered through the first year of the Obama administration. I watched him stack his cabinet and various government agencies with political hacks and far left wing idealogues. There were so many examples of insidious attacks on capitalism and free enterprise. His appointments to our National Labor Relations Board (NLRB) is but one example. The 2011 NLRB lawsuit against Boeing is the poster child for what so ails our country under it’s current leadership.

The rest is not necessarily history, as Opine Needles is hardly earth-shattering! But all blogs posted since January, 2010 may be found hereon, and those posted from that date through November, 2011 have been condensed into a book, due to be released in 2012.

Opine Needles is a platform for opinion and education. It represents a hybrid of Republican, Conservative, and Libertarian thought. While initially focused on the short term goal of winning the 2012 elections, Opine Needles is about more than any one election. It is a about a way of life. If we can collectively help the United States recognize (once again) its exceptionalism, and take the necessary steps toward rebuilding a country in which our children can live their dreams, then we all will have succeeded in the long run.