A Humble Man: The Tale of B-17 Waist Gunner Bill Hagans

Bill Hagans is one of thousands of unsung heroes from our greatest generation. Read his story by Featured Author, Roy Wortman

Thankfully, Congress is demanding answers to all that transpired the week of September 10th 2012. The analysis can be parsed into multiple pieces: what led up to the events in Benghazi in the months before the attack, what occurred in the hours just prior to during and after the attack, and what has transpired since the attack. One of the egregious narratives floated at the time of the attack was the storyline of an off-color video touching off spontaneous protests.

Obama’s War on the West

If you are going to vote today, please remember, “It’s the economy, stupid!” featured author Robert Grady chronicles some of the damage the President’s policies have wreaked on the American west.

In | By James M. Griffin

Ethanol production could claim 47% of the U.S. corn harvest The EPA can relax the ethanol mandate…

The Emerging Libya Story. Did You Know?

The story in Libya keeps unfolding, and the layers of complexity make it clear as mud.

The facts keep making the Obama administration look worse and worse. The truth can be an annoying impediment to the re-election mission.

In | By George W. Rutler

The Shores of Tripoli: The Libyan Outrage and Our Historically Challenged President

Father George Rutler is right on the mark again. Only by understanding our history can one truly appreciate the depth of the Obama administration’s disingenuousness and naïveté. 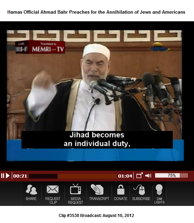 Joan Neuhaus is a Fellow for Homeland Security & Terrorism Programs at the James A. Baker III Institute for Public Policy at Rice University. This opinion is not written from her chair in that capacity, but rather reflects her personal views regarding the nefarious affairs at hand in the Islamic world. 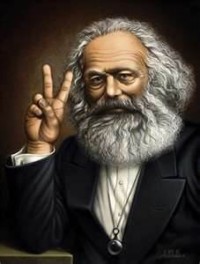 In | By Bertil Olsson

Bertil Olsson moved to the United States in 1989. He came for one reason; to seek opportunity in a country that still valued hard work, opportunity, risk, and reward.

The Truth About Private Equity

The private sector provides the fuel for the American economic engine. Private Equity is an important part of the recipe for that success. Read why, and how, as Ben A. Guill counters the warped view about private equity that President Obama is foisting upon the American people.