By Bertil Olsson | Opine Needle's Featured Author On June 12, 2012 In With 5 Comments 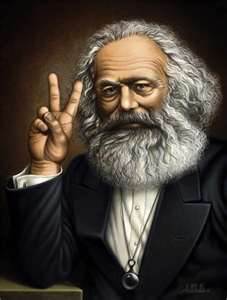 What is socialism? If you study social development and political science, you will know about the theory developed around the turn of the last century by thinkers like Marx and Engels – we own our collective resources as a nation; the state will control the resources and distribute those in a fair and equitable way. In those days, there were great social inequities in the European monarchies; a small ruling class controlled and owned everything and the rest of the population lived in poverty, as they were completely dependent on the good will of those with education, “breeding”, and resources. There was little upward mobility. The social status of your parents set the parameters for what level of success you could expect to have. Socialism would equal things out and be a method to redistribute the national wealth.

Times have changed and in our society the vast majority of people now have the opportunity to be educated, get a decent paying job, own their own home, car and, in essence, create their own fortune. If that’s the case, then who needs socialism? The answer is no one – except the new ruling class. That ruling class consists of government functionaries.

Let’s take a look at Europe. Most countries have some form of socialist party in control. Social Democrats, Christian Socialists, Pasok, Labor. Etc. Socialism today is not about redistribution of income. Modern free economies take care of that by themselves. Jobs are created, wages are earned, cars, iPhones, flat screen TV’s, etc., are bought and if those jobs don’t pay enough, the workers move to another job…. I know I may sound cynical as the current recession and government politics have combined to eliminate many good job opportunities but as a general statement, I know I am right.

Socialism today is ONLY about power. I can guarantee you that the folks in our current government are not stupid (led by a former “professor” at the world’s leading university, no less). If that’s the case, then why do they want to emulate the economic systems of Europe? We can all read about how well things are going there, and by the way, it’s not only about Greece and Spain. Take a look at the Netherlands, Ireland, Italy and so on. Virtually every country except Germany and perhaps the small Nordic countries are having severe problems. These are problems that are completely self-imposed and for which there is an easily identifiable cause: excessive government spending. Tax and Spend governments spend. To fund the spending policies, taxes are raised until at the end of the day, there is no more blood to squeeze out of the stone. Then they borrow – and the loans eventually become, and there is no one to pay. Greece is a text book example – in recent times, only 50% of the population worked and of that half worked for the government. This means 25% of the population have paid for it all; this model simply will not work in the long run.

So why then would the United States rush into an operating model that looks more and more like Europe? The Obama administration is promoting universal health care, draconian financial regulation, cap & trade, and forcing a green economy where it is not wanted or necessary. The President seeks to “stimulate” the economy with increased government spending and fund it by hitting “the rich” with higher taxes. The list goes on.

These policies have been tried since the recorded annals of man. They have never worked. There are countless times when they have been proven to be the downfall of great societies.

There is only one reason why this is still going on – power. These policies are the easiest way to obtain and retain political power. The message is simple – you vote for me and I will take from someone else and give it to you. This appeals to special interest groups and union activists, as well as the uninformed voter. The hard way to get elected is to tell the truth – we are facing financial ruin and need to cut back on spending.

I came to this great country because it is the bastion of freedom, hope, and free enterprise. I believe the United States can still be the beacon of hope. But if the American people do not wake up and smell the roses, the United States will sink into the same economic quagmire that now stagnates Europe. What a shame. I am proud of my adopted country. I only ask this of my new countrymen: be informed, make the right decision in the November elections and give America a fighting chance.

← The Truth About Private Equity
What is Happening? →