By Roy T. Wortman | Distinguished Professor of History-Emeritus, Kenyon College On March 2, 2012 In With 7 Comments 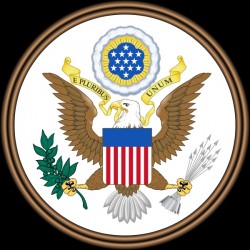 There is no centralized conspiracy about the liberal arts curriculum. There has, however, been a leftward shift – since the 1960s – in values and priorities in instruction. Where once objectivity (or at least the quest for objectivity) was prized in the role of the historian, revisionism now permeates the history classroom and its texts. This is evidenced in multiculturalism (perhaps better called “multi-racialism”): The reductive lenses of race/class/gender theory and multiculturalism have become the new mode through which students, from as early as high school, are taught to view the humanities. Revisionism also appears in an exaggerated form when it comes to how communism is depicted (and its reality downplayed) in liberal education. The question of who gets to develop and explain history’s narrative, and how, is one with which the historian constantly wrestles. But his goal is to root out subjectivity where possible, not to impose upon history the subjectivity of the present.

Students arrive in my classroom with a certain amount of cultural baggage; how much of this is formal curricular institutionalization I cannot say. One student from my seminar on the Second World War said that, by reflex, she automatically sides with the non-white. So astounded was she to learn from valid primary and secondary sources about the misery the Imperial Japanese Army foisted on China that she was forced to rethink her position. Students arrive at college already prepped with arguments about “racism” and “Eurocentric” mentalities. Of one World War II memoir, a student wrote, “My immediate emotional response is to fight against American patriotism. I think it emerges from my own warped sense of multiculturalism/ political correctness; in any situation I feel like I have to defend the non-Caucasian.” I reminded this student that human evil knows no barriers of race, and that the recent genocide in Rwanda, or past slavery in Africa, or infanticide in India and China, not to mention Maoism and the Khmer Rouge, are not products of white racism. History curricula in some high schools, perhaps more than I care to admit, pave the way for the revisionist thought pattern. This is the daily battle some of us in teaching still face. Revisionism, though disguised as fairness toward underrepresented groups, obviates free inquiry in the quest for truth and is a generic form of ideological authoritarianism, which can at times negate multiple interrogation of issues.

I recall another student from my World War II seminar who wrote a reaction paper to Frank Capra’s World-War-Two-era film The Battle for China and chose to discuss the “paternalism” of Western intervention but failed to give the slightest acknowledgement toward China’s vast suffering from Imperial Japan (i.e., the subject of the film). Like many decent yet misguided students, she found a way to indict the white man and label him as aggressor in a situation where he clearly was not. She deliberately evaded and avoided the realities of Japanese atrocities in China in order to fit the parties involved into postcolonialism’s race-based model of power relationships. Father Lindsey, a retired Episcopalian minister (and World War II veteran) whom I paired with my Battle for China student, wrote that the student’s response “calls into question the real achievements of my generation in restoring the world we destroyed with the violence of war with a world of peace and civility.” Challenging the class to think, Father Lindsey reminded us of the cri de coeur in Mahler’s 10th symphony: “The world is very evil/ The times are waxing late/ Be sober and keep vigilant.” Might it be that with some education we may have it within our grasp to redeem the times with faith and a purpose we cannot yet anticipate?

Part of the value of history is in understanding change over time, but more, in perceiving the human condition through a variety of sources and judging the integrity of the ideas therein. These ideas go well beyond a deterministic reductionism of ‘race, class, gender.’ Ideas—both the empirical, fact-related kind and the kind concerning humanity’s moral/spiritual well-being—do count in history. An historian approaches them through rigorous analysis, the questioning of documents primary and secondary, and other avenues: oral, aural, visual, spatial, environmental, archaeological, biological, and more. He must then wrestle with how to put his findings together for either a Grand Narrative or episodic tales, but in the aftermath of the Kulturkampf of the 1970s through the 1990s, the pressure is on for his compiled history to conform to identity politics’ agenda, interrogating texts and facts solely through reductionist lenses, but failing to interrogate them fully: that is, ignoring their intellectual, religious, and political components.

History is no arcane collection of facts and chronicles to please buffs. State legislatures mandate the teaching of United States history for a reason: to develop civic consciousness through an awareness of one’s heritage in hopes of creating a common denominator of civic obligation. Choosing how best to shape an honest narrative that fulfills this function is no easy task, and it inevitably generates debate over what are the salient issues to be represented. A student’s process of discovery, critical thought, and growth toward humane values can be either muted or enhanced. In order for the student to develop critical awareness and complexity of thought, he or she must learn not only to read deeply into ideas and issues, but to interrogate those themes, and to do so with liberty of conscience, free from inhibited expression.

Communism’s history is yet another cautionary tale in the commonness of revisionism. Most students leave high school with some understanding of McCarthyism, but with little understanding of international communism or its national variants. All too frequently, I’ve heard students say McCarthyism imagined a phenomenon that did not exist. That there was a CPUSA (Communist Party USA) is not debatable, but the extent of its reach is a subject of legitimate debate. The release of archival documents from the former Soviet Union has been illuminative in providing evidence of the CPUSA’s activities, yet there are still teachers who dismiss the evidence or do not confront it. Even excluding self-confession memoirs from earlier decades—which have varying degrees of reliability—we must pay attention to those professional historians who, without agendas, allow Soviet primary sources to speak for themselves. But progressive revisionist historians sympathetic to communism have disregarded these and other sources (even legitimate scholarly sources such as Haynes and Klehr’s In Denial: Historians, Communism, and Espionage) to sustain the myth that the red scare was nothing more than a witch hunt. This is not the place for a technical historiographical debate, save to say the battle is still fought long after the real protagonists have faded. The United States has thus far been very lucky that the stolid, ruthless visage that suffocated Czechoslovakia, Poland, the Baltic states, East Germany, Romania, Hungary, and elsewhere did not make its presence known here in any strong way, despite the failure of many in academia to confront the realities of the CPUSA. It might be that modern people, even as they count revisionist “truths” among their store of knowledge, know more than their ancestors did about the universe, yet, as Vaclav Havel so poignantly said, “it increasingly seems they knew something more essential about it than we do, something that escapes us.” This humility before the bar of knowledge is what may be needed prior to historical denial or revision.