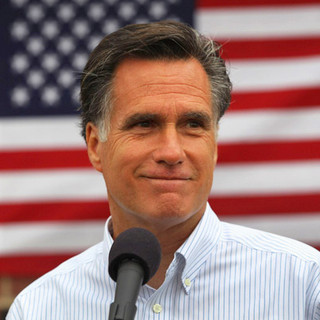 Tuesday will be cathartic, one way or the other.

Opine Needles started in January 2010. The blog (and ultimately the website) was born of a severe frustration with the Obama administration. From time to time, I have been accused of being turgid, bellicose, shallow, and vapid. I’m OK with all that. Opine Needles was not created as a platform to run for office. It is a portal to information; unvarnished, straightforward, plainspoken.

All these blogs (and one book) later, we now find ourselves at the moment in time when all the bellicosity, recriminations, arguments and diatribes are shelved, and the people get to decide.

In case anyone has a difficult time remembering exactly how we got to where we stand today, I urge you to take a walk down memory lane by perusing my blogs over the past three years. They provide the roadmap to your destination. And lest there be any doubt about the direction in which you should head when you enter the voting booth, let’s make sure we remove all ambiguity.

The clear choice for America is Mitt Romney. He has endured the slings and arrows of outrageous democrat fortune. He has stood tall. He is a good man, and he is exactly the leader our wounded country needs.

The democrats have run an incredibly divisive campaign. I have never seen a less issue-oriented platform. Their messages pit man against woman, successful against unsuccessful, and, yes, white against black and Hispanic. The facts are the facts. Look at the messaging. It is my fervent hope they are unsuccessful on Tuesday.

The damage to our great country with another four years of this divisiveness, combined with the President’s ongoing unwillingness to tackle the fiscal train wreck presently barreling down the tracks present a clear and present danger to the future of the America we know and love.

A couple days ago, President Obama told his loyal followers, “…voting is the best revenge.” What an amazingly odd yet piercing view through the window leading into his brain. Governor Romney quickly responded by encouraging his supporters to vote not for revenge, but for the future of the country they love.

And so too do I encourage you to get out on Tuesday and vote for the future of the country you love. The time is now. The future of American exceptionalsim is at stake. Every vote really does matter, because not only do we need to ensure that Mitt Romney is living in 1600 Pennsylvania Avenue, but we also need to capture a majority in the Senate.

We have the chance to do something big; something about which you will tell your children and grandchildren. Please make sure you can look back and say you played your part in restoring our greatness.