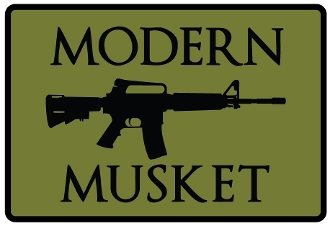 And so we jump with both feet into the breech!

The gun control debate now rages, and once Vice President Biden pitches his pre-conceived soft (musket) ball to the President, there will no doubt be some form or another of an executive challenge emanating from the White House for Congress to act. The only real guessing game left is whether the President will attempt to usurp the balance of powers and issue an Executive Order. If his first four years are to provide us with a roadmap, I would not bet against such usurpation.

This is a thorny issue, so I am going to attempt to grab the stem of the issue by viewing it through a historical lens. In dialogues held with gun control friends and foes, this rancorous debate too quickly disintegrates into petty partisan political bickering. To my mind, this should not be yet another reason for Democrats and Republicans to sling mud. Yet that is what happens, day after day. So let’s take a step back in time and get into the heads of many of our Founding Fathers. Ours is a nation of laws. Our Federal laws are founded (and reviewed regularly) in the principles written in our Constitution. (You may peruse same on this website.)

The Second Amendment to the Constitution addresses the right to bear arms. It too may be found along with all other Constitutional Amendments on the Opine Needles website.

For more than two hundred years, scholars have debated the intent of the words behind the 2nd Amendment. Based on my reading of history, I think those who use the 2nd Amendment to argue for gun control are being disingenuous. The biggest debate revolves around whether or not the reference to “a well regulated militia” is separated wholly by the existing comma from the reference to “the right of the people to keep and bear arms.” Those in favor of gun control see the inextricable connectivity. They go further to then suggest that the arms of our forefathers bore little resemblance and a fraction of the killing power to those we see today. Ergo, the irrelevance of the peoples’ right to bear arms in the militia in today’s world coupled with the impracticality of referring to an 18th century document, (the authors of which could not possibly fathom the extent to which weapons would develop) makes reference to the 2nd Amendment in today’s gun control discussions all but moot. Those in favor of gun control say we must deal with the here and now, and stop hiding behind a 2nd Amendment which they say doesn’t provide anything to hide behind anyway!

I certainly wish the 2nd Amendment had inserted a semi colon instead of a comma. In point of fact, colons, semi-colons, and commas were used interchangeably during this time period. It would not have been at all unusual for a comma to divide two separate points. If the opinions of those who fought for our Independence were not so readily available, we could labor forever to determine whether “the right of the people to keep and bear arms” is an “independent” right within the overall meaning of the 2nd Amendment. As history makes very clear, however, there is little to no room for doubt as to exactly how they felt.

“And that the said Constitution be never construed to authorize Congress to infringe the just liberty of the press, or the rights of conscience; or to prevent the people of the United States, who are peaceable citizens, from keeping their own arms…” - Samuel Adams, Debates of the Massachusetts Convention of 1788, printed in “Debates and Proceedings in the Convention of the Commonwealth of Massachusetts”, at 86-87 (Peirce & Hale, eds., Boston, 1850)

The constitutions of most of our States assert, that all power is inherent in the people; that they may exercise it by themselves, … or they may act by representatives, freely and equally chosen; that it is their right and duty to be at all times armed; that they are entitled to freedom of person, freedom of religion, freedom of property, and freedom of the press. - Thomas Jefferson, Letter to Major John Cartwright (5 June 1824)

“Besides the advantage of being armed, which the Americans possess over the people of almost every other nation, the existence of subordinate Governments, to which the people are attached, and by which the militia officers are appointed, forms a barrier against the enterprises of ambition, more insurmountable than any which a simple Government of any form can admit of. Notwithstanding the military establishments in the several kingdoms of Europe, which are carried as far as the public resources will bear, the Governments are afraid to trust the people with arms.” - James Madison, Federalist No. 46 (1788).

“The great object is that every man be armed” and “everyone who is able may have a gun.” - Patrick Henry, in the Virginia Convention on the ratification of the Constitution. Debates and other Proceedings of the Convention of Virginia,taken in shorthand by David Robertson of Petersburg, at 271, 275 2d ed. Richmond, 1805. Also 3 Elliot, Debates at 386

“To preserve liberty, it is essential that the whole body of the people always possess arms, and be taught alike, especially when young, how to use them.” - Richard Henry Lee, Letters from the Federal Farmer to the Republic, Letter XVIII (25 January 1778).

“Such are a well regulated militia, composed of the freeholders, citizen and husbandman, who take up arms to preserve their property, as individuals, and their rights as freemen.” - “M.T. Cicero“, in a newspaper letter of 1788 touching the “militia” referred to in the 2nd Amendment to the Constitution.

This sentence comes from Thomas Jefferson’s three drafts of the Virginia Constitution. The text does vary slightly in each draft:

First Draft: “No freeman shall ever be debarred the use of arms.”

Second Draft: “No freeman shall be debarred the use of arms [within his own lands or tenements].”

Third Draft: “No freeman shall be debarred the use of arms [within his own lands or tenements]”

This sentence does not actually appear in the Virginia Constitution as adopted.

The point is that before we even start any discussion about what to do on the gun issue today, let’s at least be intellectually honest and commence the dialogue from the baseline that any alleged ambiguity regarding our founding fathers’ views is nonsense. They wanted the people to be armed.

The bothersome thing to this author is the extent to which those in favor of gun control work to discredit those who point to the 2nd Amendment in defense of their right to bear arms. They do so with a resoluteness and condescending contempt. They do so as though they have the moral high ground. Well, views are views and one man’s moral high ground is another’s cesspool of sin, so all the vitriol in the world amounts to just that. Vitriol does not win arguments or further any viewpoint down a path to progress. Only facts will do that.

I do not write to embarrass those who are too emotional to think through this issue. As I said at the outset, it’s a tough one, and will no doubt end up somehow, someway back with the Supreme Court. All I implore you to do is to start the discussion based on historical fact. And folks, the fact is that our Founding Fathers wanted us to have the inalienable right to bear arms. Full stop.

“Let me put it this way; there are really only two ways to interpret the Constitution — try to discern as best we can what the framers intended or make it up. No matter how ingenious, imaginative or artfully put, unless interpretive methodologies are tied to the original intent of the framers, they have no more basis in the Constitution than the latest football scores. To be sure, even the most conscientious effort to adhere to the original intent of the framers of our Constitution is flawed, as all methodologies and human institutions are; but at least originalism has the advantage of being legitimate and, I might add, impartial.” - Clarence Thomas, Supreme Court Justice

← Merry Christmas!
I Was Wrong →