By Jim Pierce On September 30, 2012 In Act RIght, Blog, Think Right, Vote Right With No Comments 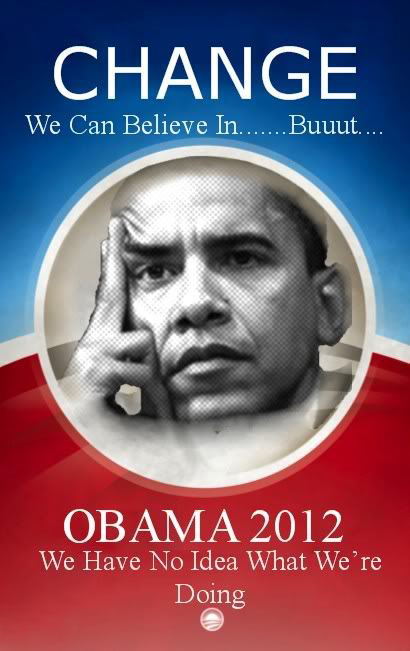 The beat goes on. I don’t know about you, but as one who thought he had seen it all in the world of media distortion, well, I haven’t. Until now, George H.W. Bush‘s 1992 campaign for re-election had stood the test of time for the most biased media coverage in post WWII presidential politics.

Bush fell on his “read my lips” sword during his one and only term. That much everyone remembers. What few people know and even fewer remember is that when President Bush negotiated his tax deal with the democrats in Congress, he extracted four dollars in spending cuts for every one dollar in tax increases. The economy was roaring back on the day he lost to Bill Clinton. And guess what? The strongest growth quarter in Clinton’s eight years as President was the very first; that which was the result of Bush’s stewardship of the economy.

But the main stream media has never been one to let facts get in the way of their chosen candidate. So all most people remember from the 1992 election is James Carville’s mantra “It’s the economy, stupid!”

“Data released this week by the Commerce Department waved bright red recession flags—orders for durable goods fell 13.2% in August and inflation-adjusted personal income fell 0.3%. President Obama is asking for more time to allow the lackluster recovery to pick up steam. His plan is to move the economy “forward” by keeping the current policy framework in place and adding higher tax rates on income and capital gains. But the new Commerce Department numbers, combined with his stay-the-course approach, point to recession in 2013.

This administration’s economic policy is built on deficit spending, government control over the economy and dependence on the Federal Reserve to buy the government’s excess debt. These policies aren’t working. They discourage private investment and jobs, and the policies have resulted in high unemployment, weak business confidence and rapidly declining median incomes.

The signature of our times is the fever for investing in government bonds and $1,700-an-ounce gold rather than in job creation and small businesses. That is the market’s response to Obama administration efforts to reverse core American principles of growth and prosperity.

These principles include a sound dollar to provide price stability and to attract capital; a commitment to limited government as a prerequisite for higher living standards; a preference for low tax rates to encourage investment and hiring; and a belief that markets can set prices and allocate capital better than governments.

The administration will have spent more than $14 trillion in just four years and added $6 trillion to the national debt. The Federal Reserve has dramatically expanded its role in the economy and markets, practically creating a new branch of government. Its near-zero interest-rate policy favors government, the world’s biggest borrower, at the expense of private-sector savers. The Fed’s heavily leveraged purchases of government bonds work against the market-based allocation of capital that is a key driver of economic growth. The Fed has now promised to make unlimited future purchases of government debt if job growth remains weak, an affront to the principle of limited government.

The claim that these policies are working and should be given more time is absurd. Since President Obama took office in January 2009, the U.S. government has implemented more fiscal stimulus and monetary intervention than ever before, yet real GDP has slowed from 2.4% in 2010 to 2% in 2011, and to only 1.6% in the first half of 2012.

Moreover, in its first three years, the recovery has added only 6.7% to GDP (July 2009-June 2012) versus 18.5% in the Reagan recovery’s first three years (January 1983-December 1985.) The excuse that this recovery is weak because the recession was deep is convenient but misleading—recoveries are historically stronger after deep recessions. The Reagan recovery—built on sound money, low tax rates, limited government and trade liberalization—achieved 8% real growth rates after traumatic inflationary recessions in 1980 and 1982.

This time, unemployment has been stuck above 8% for 43 months. Energy and health policies are in shambles, thanks to a government dedicated to expanding its control—over pipelines, drilling decisions, health-insurance choices and permissible care. Median household income adjusted for inflation fell 1.5% in 2011 even counting all the transfer payments that helped run up the national debt. The confidence of small businesses is below or near the recession lows of 1981, 1991 and 2001. The phrase “I’m from the government and here to help” is more costly than ever.

Nearly 25% of Americans ages 25 to 55 are not employed, the highest percentage in 30 years, pointing toward an atrophy in job skills that may take decades to repair. Inflation-protected Treasury bonds have a negative yield for the first time in history, reflecting either a massively distorted market or a market expectation of negative real growth. Either way, it’s a loud signal that U.S. economic policy is on the wrong path.

As our debt levels climb, our credit worthiness declines. Bond rating agency Standard & Poor’s downgraded the U.S. government’s AAA credit rating in August 2011. Egan-Jones did it two weeks ago, and Moody’s said it expects to lower its rating unless Washington adopts new policies that “produce a stabilization and then downward trend in the ratio of federal debt to G.D.P.”

Yet current policy is pointing toward an uptrend in debt, not a downtrend. The national debt is expected to rise to $16.4 trillion by year’s end, from $10 trillion in 2008, and our public debt-to-GDP ratio to 73% from 41%. If the current path continues, the Congressional Budget Office projects debt-to-GDP at 90% in 2022 under a no-recession baseline, higher if there are recessions.

President Obama has already said that if re-elected he plans to continue working outside the congressional budget process, meaning more years with no budget or bipartisan input into the allocation of taxpayer resources. That leaves the odds high of more credit downgrades, damage to growth and lower equity and house prices as recession sets in. Meanwhile, the capital-gains tax rate is scheduled to rise to 23.8% from 15%, hammering the after-tax value of assets.

It doesn’t have to be this way. Strong presidential leadership could steer us away from fiscal and monetary disaster and set a path toward growth. Great countries like ours move forward because people choose a better course after a policy failure.”

Now I ask you, “how could this even be a contest?” And the answer, folks, is that the people have no idea what is about to hit them. And the main stream media is in it up to their necks. Even well educated people have been herded like cattle into focusing on peripheral issues. Listen up! There is only one issue; the future of the United States…full stop…period.

If Mr. Obama was a Republican, the media elite would have hung and quartered him by now. But he is being given a free pass. 50% (at least) of the country has no idea how bad things are, and are still clinging to “hope”, “change”, and “forward”. Really? The only place President Obama’s “forward” will take the United States is into the abyss!

The Obama campaign, aided and abetted by virtually every major news media outlet in the country, is running an attack based campaign based on fear, innuendo, and mistruths. They attack the character of good people because they cannot campaign on their record.

To listen to one of the president’s re-election speeches to is listen to palaver. He says absolutely nothing. He says it nicely, but it is without substance. Do you know why? Here’s a secret for you. He is in way over his head. He could not even tell Jay Leno how big our national deficit is. Seriously.

So whilst we ponder the disinformation emanating from the White House as contradictory evidence continues to pile up regarding the Libyan debacle, and as we are confounded daily by the distortions propagated by the left about Messrs. Romney and Ryan, let’s just stay focused on November. It has never mattered more.

One last thing. Don’t be disheartened by the current polling numbers. This election is much closer than the MSM pundits would have you believe. Watch Ohio. They say their man is up by ten points. Don’t believe it.

Stay the course, and