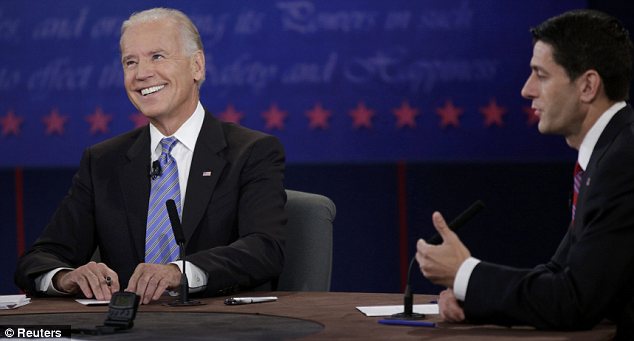 For the past three years, we have written that the Obama re-election campaign will be run on a platform of fear. We do not stand corrected! Having absolutely nothing positive to talk about for its four years of failed statist intervention, the President and his team are in full attack mode. The campaign is devoid of positive thought or constructive ideas.

Attack based politics are nothing new to Mr. Obama and his doberman pinscher, David Axelrod . But ever since Mr. Romney dismantled the President and exposed him for his utter cluelessness on matters relevant to saving our economy and rebuilding our position in the world community (which endured its share of bruises during the Bush administration, but resolve and steadfast commitment were omnipresent then, and wholly lacking now) during the first debate, the Obama campaign has taken the politics of personal attack to an entirely new level.

The reason is simple; they are losing, and they know it. The Vice Presidential debate Thursday night was maybe the most bizarre event I’ve ever witnessed. It is inconceivable not only that Joe Biden is not on some form of medication, but also that his meds had to have cratered on him the moment the debate began. The Veep interrupted Congressman Ryan 51 times. He guffawed, chuckled, twirped, grimaced, and gesticulated virtually every time Mr. Ryan spoke. He clearly electrified his base, but who cares? His aggressive, obnoxious, smug, condescending, and arrogant behavior overwhelmingly turned off independents.

Then there is the issue of the issues! Mr. Biden apparently thinks the real challenge to making a nuclear bomb is finding some container to put your newly enriched uranium in. Every scientist in the world had his or her own personal guffaw moment when he went down that road. And how about throwing Hillary under the bus on the Libyan situation? I may risk 15 yards for piling on, but his bold-faced distortion of the administration’s position vis-a-vis the Catholic church was also reprehensible.

Charles Krauthammer (for whom I have utmost respect) accurately summed up the event by suggesting:

Beyond the personal attacks, the one massively irritating hand the democrats are playing without hesitation is led by the race card. You see it everywhere. Whenever a Republican tries to inject some sanity into the conversation, democrats inevitably cry foul. Ann Coulter’s newest column (“Got Racism”) is spot on, but liberals duck and cover under the tried and true, “America is still racist” war cry.

I travel all over the world. I have yet to spend time in a country as open-minded and egalitarian as ours. The only threat to our ongoing quest to achieve something close to a non-racial state are those who won’t let go of the past, and use it to perpetuate their causes for the future. Indeed, the ultimate irony is that those on the left who favor trickle down government intervention in all aspects of our lives are those who propagate and perpetuate racial tensions. It serves their purpose. Look no further than Al Sharpton for my case in point on that front.

The next two debates promise to be interesting. You can count on a fired up President Obama. He will take no prisoners, as he attacks Mr. Romney’s tenure at Bain Capital, and applies 47 lashes to him for his comments a year ago in Florida. He will attempt to eviscerate the Governor. He will not succeed. You see, Mr. Romney is simple a bigger and better man than Mr. Obama. He will not be flustered, and he will handle the attacks by remaining above the fray.

One of the amazing things about our great democratic republic is that just when one might start to despair over the low level of intellect and understanding amongst the electorate, I’ll be darned if it doesn’t jump up and surprise me! We are witnessing the public beginning to do its jump thing. The silent majority has had enough, and it is beginning to see that no matter how much Messrs. Obama and Biden prevaricate, denigrate, and obfuscate, their record speaks for itself. And those in the electorate who are now getting ready to jump know none of us can afford another four years of disastrous fiscal and foreign policy.

The fuel tank on the Obama re-election campaign train is empty. So too are their promises.

← Into the Abyss!
Day of Reckoning →